How to count synapses with machine learning

Once upon a time, the Bipolar Chemist was formerly known as the Bipolar Statistician. His primary interests were in statistical modelling of time series data (ARCH/GARCH), as well as count statistics using the discrete Poisson probability distribution, among others. The moment the Bipolar Chemist heard about this great new discovery from the hallowed halls of Carnegie Mellon University, he immediately sent word to its discoverers requesting a possible pipeline collaboration. Modelling such rich and exciting data would be a dream come true for the Bipolar Chemist/Statistician.

This image shows synapses in the somatosensory cortex stained with ethanolic phosphotungstic acid and visualised using electron microscopy. Synapses were identified using a Carnegie Mellon-developed machine learning algorithm that enables a high-throughput analysis of experience-dependent changes in synapse properties across the cortical column. For this image, candidate synapses were selected from electron micrographs and aligned, then pseudocoloured for contrast. Researchers are now beginning to use this data to develop new hypotheses about how synapses are organised in the neocortex in response to sensory input.
This research is the latest example of how researchers with the Carnegie Mellon's BrainHub initiative are combining their expertise in biology and computer science to create new tools to advance neuroscience. The technique uses a special chemical preparation that deeply stains the synapses in a sample of brain tissue. When the tissue is imaged using an electron microscope, only the synapses can be seen, creating an image that can easily be classified by a computer program. Researchers then use machine learning algorithms to identify an compare synapse properties across a column of the cerebral cortex. 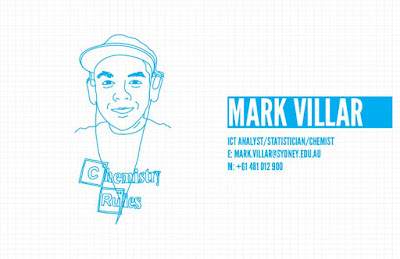