Drugs and the Bipolar Medicinal Chemist

According to Dr Christopher J. Burns at the Walter and Eliza Hall Institute of Medical Research, a good Medicinal Chemist (MC) is a polymath. With a strong background in synthetic organic chemistry, a good MC should also have a working knowledge of the biology of their therapeutic area of interest; drug screening and biochemistry; drug metabolism and distribution; the interface between chemistry and toxicology; and intellectual property and competitive positioning.
Formerly known as both the Bipolar Economist (BE) in 2000 and Bipolar Statistician (BS) in 2004, he was reincarnated as the Bipolar Chemist (BC) in 2015. Consequently, he now possesses expertise in a number of different disciplines, namely: accounting and commercial law; economics and econometrics; biostatistics and bioinformatics; computational biology and computational chemistry; the list goes on...However, outside his scientific interests, he also LOVES music, poetry, philosophy, psychology and theology. Given his passion for both the arts and the sciences, the BE/BS/BC is a self-proclaimed polymath, and believes he has what it takes to be a good MC.


What makes a 'good' drug?
Drugs should meet the following requirements before being released on the market for human consumption.

Medicinal chemists are responsible for the design and discovery of drugs that meet these criteria.


How to discover drugs?
Drug discovery starts with identifying a biological process that can be modified to therapeutic benefit. This typically involves the inhibition of a certain function of a protein or protein complex (e.g. ion channel, receptor, enzyme) that has been shown to drive disease pathology. Once the drug target has been identified it is then necessary to find the chemical compounds that interact with the target, thereby blocking the aberrant activity associated with the disease. This is generally achieved through a process called high-throughput screening (HTS). After identifying 'hits' from HTS, the medicinal chemist's job is to modify these hit compounds to address issues of potency, selectivity and pharmacokinetics; this is done by way of drug optimisation.

Compounds that successfully make it through the funnel can then undergo more elaborate preclinical profiling, which may include broader toxicity assessment, human material studies and process chemistry development (Burns, 2015).

Previous medications include Lithicarb (lithium) and Saphris (asenapine). His psychiatrist has also considered prescribing him with Lamictal (lamotrigine) and N-acetylcysteine (NAC) as adjunctive therapies.

Is it safe to combine these drugs?
Certain combinations of medicines (prescription or otherwise) cause side effects that do not arise when individual substances are taken alone. Studies published over the past two decades suggest that such  "drug interactions" cause more than 30 percent of side effects from medications (Wapner, 2015). Unfortunately, pharmaceutical companies cannot always predict when a new drug will mix badly with other medicines - not to mention supplements or foods - and so unexpected deaths are sometimes the first warning sign. In response to this "deadly drug combination" problem, new software and gene analysis tools are being developed to predict which medicines can become harmful when taken together. Bodies like the Precision Medicine Initiative (a project led by the National Institute of Health) and Center for Drug Evaluation and Research (at the Food and Drug Authority) are developing the following:

The aim of these initiatives is to give patients clearer warnings on drug labels about possible drug interactions and easy-to-understand recommendations on how a dose should be altered (based on computer modelling) when additional drugs are introduced.

"N-of-1 medicine
Rather than trying to design drugs that fit best for a whole population, the Bipolar Chemist's vision is to create his own personalised treatment to combat his illnesses in isolation. Only time will tell whether this polymath can deliver on this promise.

To commemorate IUPAC's announcement that Period 7 of the Periodic Table of Elements is finally complete, thanks to the 'discovery' of four elements 113, 115, 117 and 118, the Bipolar Chemist will drink coffee from this mug for 4 days. 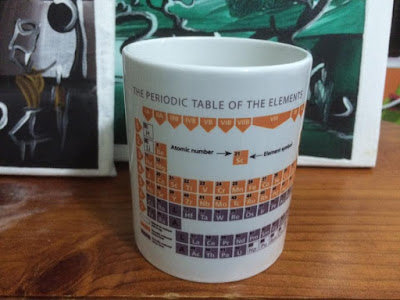 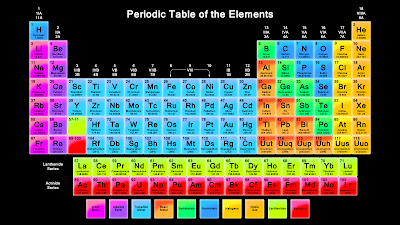